Although JCGL is still closed, we have a lot going on! Check our calendar!.

Subscribe to updates from the Rogue Valley Genealogical Society & Jackson County Genealogy Library, and you'll get emails announcing new topics and the outcome of existing topics.

Your subscription has been successfully submitted!

Established: 1890
National Register of Historic Places
AKA: IOOF Eastwood Cemetery, Medford Odd Fellows Cemetery​
Mausoleum Access: The mausoleum is locked; however, a key may be checked out on a daily basis from the Parks Department by calling 541-774-2400 ahead of time or email parks@cityofmedford.org.
Cemetery Interments
Mausoleum Interments
Cemetery Map
Websites: In the News: History: The Medford IOOF Cemetery in Medford, Oregon, also known as Medford Odd Fellows 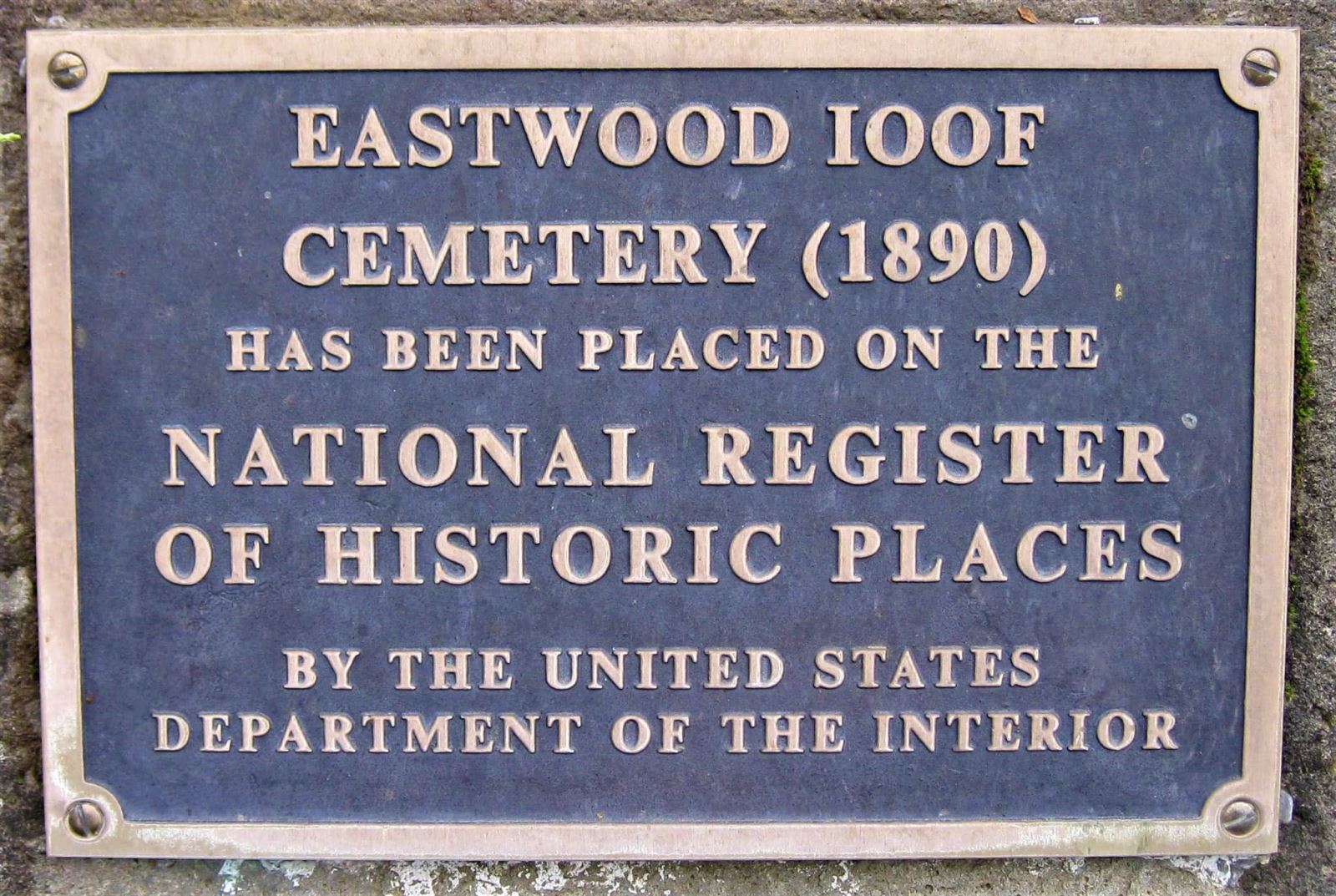 Cemetery and as Eastwood-IOOF Cemetery, was founded in 1890. The cemetery was managed by the IOOF Lodge until 1969 where maintenance was transferred to the City of Medford, where it remains today. The cemetery was added to the National Register of Historic Places in 1989, for its architecture, which includes Late 19th and 20th Century Revivals architecture, Art Deco architecture, and Modernistic architecture. The 19.4-acre site includes a contributing building, a contributing site, and a contributing structure. Its NRHP nomination asserts that "the cemetery's collection of grave markers effectively represents 19th century mortuary art." The cemetery includes a mausoleum built in 1925 and expanded in 1947. It is 100 by 60 feet (30 m × 18 m) in plan, built of reinforced concrete, and includes a chapel with a stained glass window attributed to the Povey Brothers which presents Christ newly risen with Mary Magdalene. The 1947 expansion covered the front facade, eliminating a columned portico and preserving the stained glass window. The original bronze doors were reinstalled into the new facade.
-Wikipedia
Address: 1851 Siskiyou Blvd, Medford, OR 97504
Directions: From the center of Medford, go south on Central (Highway 99).  Turn left on 10th Street. Cross Bear Creek and continue on 10th Street. Bear to the right and you will be on Siskiyou. Turn left into the cemetery driveway just before the roundabout. Eastwood is managed by the City of Medford Parks, Recreation and Facilities department.
Location: 42°19'15.8"N 122°51'03.2"W

Enter your email address to subscribe to our News and Calendar updates.